I put it to the real-world test… it worked, as advertised – simply amazing

The tuner weighs only 250 grams.
You don’t realize it’s there – until it tunes your guitar.

Gold, chrome, black, nickel – choose from many different colors and materials to make your Powerheads a perfect fit.

Keep your guitar sounding great and always ready to play! Nothing halts the pleasure of music quicker than an out-of-tune instrument. It stunts enjoyment for beginners, thinking the unpleasant sound is due to a lack of skill, and it can also hamper more experienced guitar players, who perform live on stage and rely on pristine instrumental harmony with other musicians. The TronicalTune PLUS automated tuning system is the in-harmony solution for both scenarios. By taking the chore of tuning off the player’s plate, your chords and notes will always sound the way they should. No more striking a guitar chord that causes a cringing reaction. The TronicalTune PLUS is the right key to effective, simple tuning for your guitar. Your guitar looks the same, feels the same, play’s the same.

Play with TronicalTune’s possibilities and tune in to your creativity. In about 5 seconds and 2 strums you will always be in tune or be able to change tunings on the fly. You play – we tune. 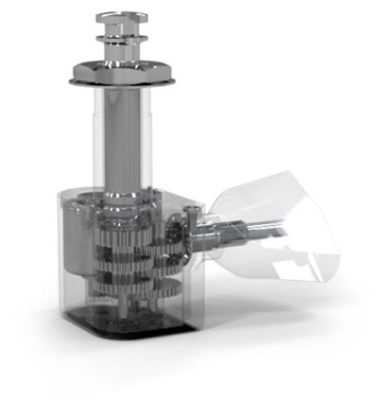 The Tronical Tune system consists of three main components. First, there’s a set of motorized machine heads called PowerHeads. From the front of the headstock, these look like conventional locking tuners. Second, there’s a rectangular box adorned with LEDs, which contains the battery and the brains of the system. And third, there’s a black plate which sits flush against the back of the headstock, with the machine heads passing through it. The TronicalTune PLUS system keeps your guitar original.

While the ‘brain’ is common to all Tronical configurations, the machine heads themselves and the plate must precisely match the geometry of your headstock. This means that you need to be careful to order the correct system for your guitar. The range of guitars that is supported contains most current six–string models from the likes of Gibson, Fender, Ibanez, Guild, Taylor and Yamaha, as well as many smaller manufacturers. New models are being added on a regular basis. The weight of the system is no more than a set of locking tuners.

Everything you need to install the system is supplied, except for the screwdriver needed to remove your existing machine heads. The PowerHeads don’t even need to be attached by woodscrews, as they are held in place by holes in the electronic plate. The internal Lithium-Polymer battery lasts for up to 300 tunings on just one charge. If the system is switched off you can always tune by hand!

The system’s ‘brain’ presents six buttons. Five of these are arranged in a cross shape, with the outer four acting rather like cursor keys for navigating through system options and the central one serving to confirm choices. The sixth button, to the lower right, turns the system on, and combinations of this and the central button access various different modes.

The TronicalTune PLUS offers two basic tuning modes: all strings at once, or single–string, accessed respectively by pressing and releasing or by pressing and holding the power button. As you tune, the note LEDs on the back of the ‘brain’ change color to indicate what’s going on.

Perfect for studio, home and touring.

Available for most guitar models

Tronical’s innovative tuning system is available on a wide range of guitars.

Some of the greatest guitar players in popular music rely on alternate tunings when creating their hit records. Tunings like Open G and Open E, for example, give you different tones and chord possibilities up and down the guitar’s neck. Drop tunings will give you heavier power cords for playing hard rock and metal.All these tunings can be stored in the TronicalTune PLUS and then easily summoned at the touch of a button.

It contains 36 presets, including 24 alternate tunings and 12 free presets – all storage spaces optionally rewritable. You can create your own tunings and expand your creativity. The system can also adjust to other instrument’s unorthodox tuning with Reference Tuning mode to match other instruments pitch. It also let you tune to other guitars using capos, as well as off-set pitches for individual strings.